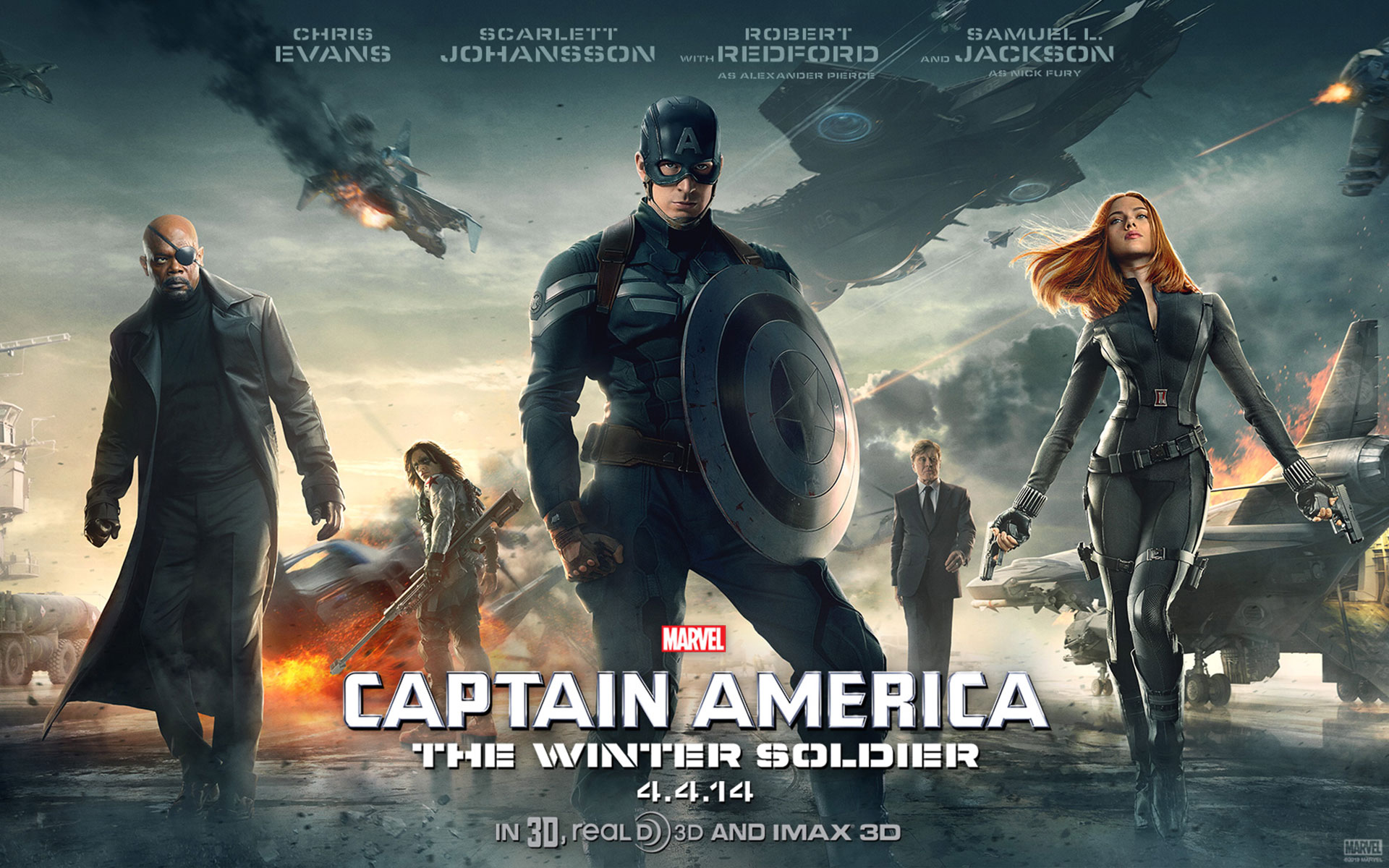 In a world where it seems superhero films dominate the theatrical landscape, I sometimes find myself wondering when this genre will burn itself out. The answer today is … Not this weekend.

Captain America: the Winter Soldier is a film the breaks through the superhero genre and offers an old fashioned espionage thriller combined with modern-day dilemmas, and a character attempting to find his way in a world where the truth and all that is good seems lost.

Steve Rogers is back in his Capt. America uniform for the third time on film to save the world yet again. This time Rogers finds himself teamed with old friends (Black Widow, Nick Fury) and new ones as well (The Falcon) while the world is about to fall into a chaos that may take the lives of millions. Villains from the depths of history create an unlikely alliance with a world power and a super assassin (with a connection to Rogers) set on taking out current and future enemies (including countless innocents along the way). With Fury, Cap, Widow & The Falcon in a kill or be killed fight for survival, the targets on their backs get larger at each turn. Yet, it’s up to them, and them alone to take out the risk that has the power and military backing to change the world’s leadership and direction in a split second for their own sinister plans.

This is an excellent film offering an spy-story that rivals many classics. It also brings in current sensibilities facing todays digitally connected landscape, exploring the fabricated privacy many citizens believe they have (come on hasn’t social media taught us anything? … there is no privacy because we give it away). It was complete with a great cast (including the legendary ), incredible editing and scene selection,  mysteries, secrets, and a host of amazing shots, stunts, explosions and enough humor to allow audiences to catch their breaths. At 2 hours and 16 minutes, I never felt distracted, bored or wondering when the film would wrap, I actually found myself wanting more.

Captain America: The Winter Soldier is my favorite Avenger-Marvel Universe film next to The Avengers. It fits seamlessly into the Avengers story franchise and sets up future films (and story-lines) with two post-credit scenes. I will definitely watch this film again, and will own a copy when released on Blue-ray and DVD.

I’m giving Captian America: The Winter Soldier an A+ … and that is a rarity for me.